Prepare them to Lead

To develop Christian thinkers and communicators that lead the next generation.

Partner with families to classically educate and disciple our sons and daughters to lead and serve others for the glory of God.

“Train up a child in the way he should go,
And when he is old he will not depart from it.” Proverbs 22:6

Historically, scientifically, and morally our intent is to present truths as recognized by the Bible. God’s word will be our standard against which all academy objectives will be measured.

Our leadership conduct is to be that of one seeking to please Christ our Lord, knowing it is to Him that we will ultimately answer. We expect our students to reflect a Christian attitude as well, that should be demonstrated in everything that they do from personal academic excellence to sportsmanship to modest attire.

As an organization founded on biblical beliefs, all board, faculty, staff, and student families profess faith in the Bible as God’s holy, authoritative, inerrant word.

Fortis Academy is a multi-denominational school that unites our community of belivers under a common statement of faith. We believe the Bible in its original conveyance to be the only inspired, infallible, authoritative, inerrant Word of God (2 Timothy 3:15; 2 Peter 1:21), and we adhere to its orthodox interpretation regarding all matters, including but not limited to: the sanctity of life beginning at conception, the sanctity of marriage between one man and one woman, that gender is defined at birth and as God intended, the imperative nature of salvation in Jesus Christ alone, and there is only one God, eternally existing in three persons—Father, Son, and Holy Spirit. (Genesis 1:1; Matthew 28:19; John 10:30)

Lastly, we hold to the Apostle’s Creed:

I believe in God, the Father almighty,
creator of heaven and earth.

I believe in Jesus Christ, his only Son, our Lord,
who was conceived by the Holy Spirit
and born of the virgin Mary.
He suffered under Pontius Pilate,
was crucified, died, and was buried;
he descended to hell.
The third day he rose again from the dead.
He ascended to heaven
and is seated at the right hand of God the Father almighty.
From there he will come to judge the living and the dead.

I believe in the Holy Spirit,
the holy catholic* church,
the communion of saints,
the forgiveness of sins,
the resurrection of the body,
and the life everlasting. Amen.

Fortis Academy has adopted the classical approach to education.  It’s a rigorous, language-focused, methodical way of learning that insists all knowledge is interrelated and should be presented accordingly.

The directive of a classical education involves the trivium approach. Around the turn of the fifth century, educators began to notice three key milestones in a child’s development that made a systematic appeal to learning opportune. The first stage, known as the Grammar Stage, involves the mastering of the basics through fact absorption and repetition. By sixth grade, adolescents graduate to the Logic Stage where they have the intellectual capacity and natural tendency to wrestle with the various facts that they have acquired. Lastly, and building on the first two phases, the Rhetorical Stage comprises the high school years. Here, students express themselves in their endeavors by formulating original and eloquent arguments and defenses.

The “classics” themselves refer to the contributions of “great thinkers” as well as influential societies throughout history. They are necessary studies that serve as building blocks for the advancement of mankind and enable generations to participate in the “great conversation”. 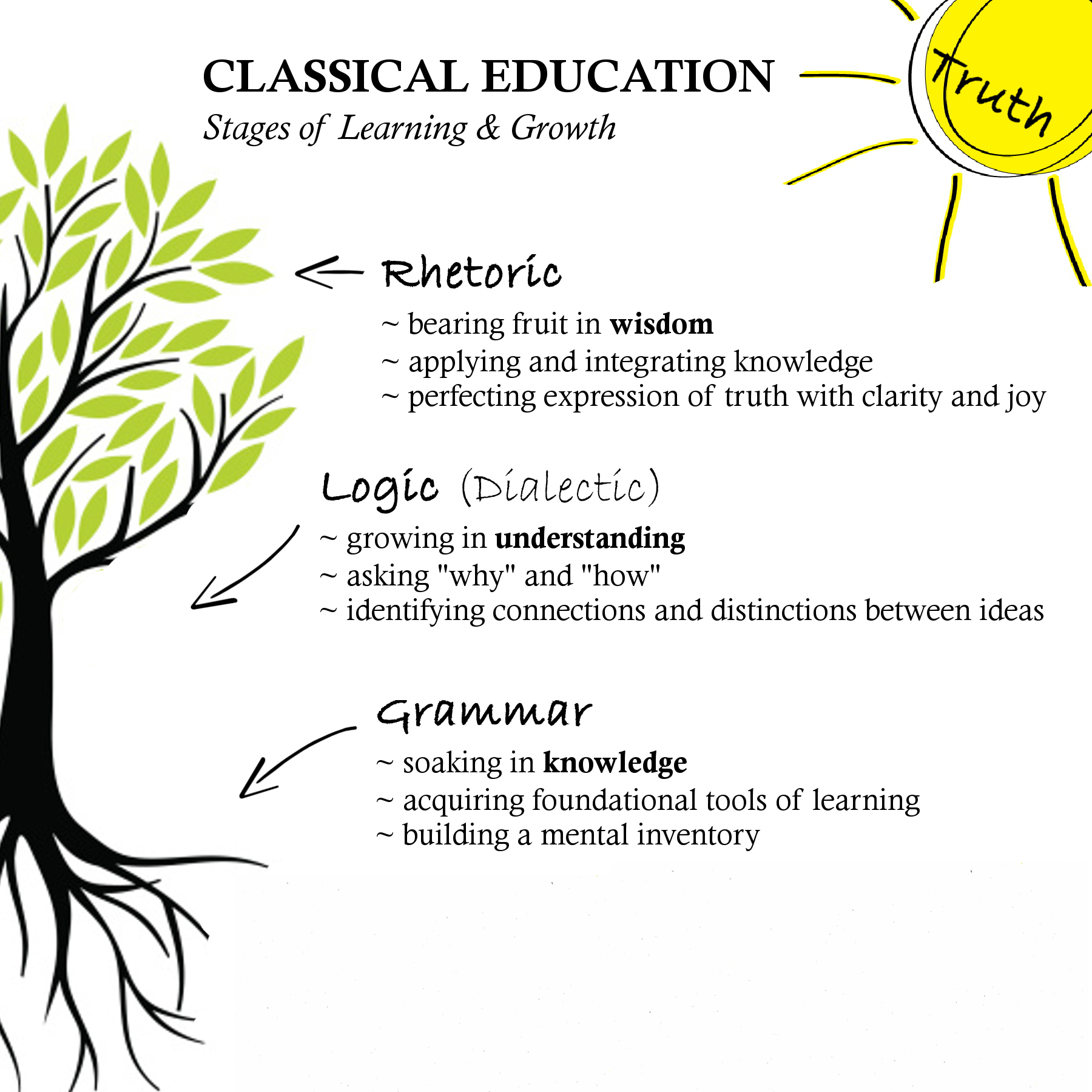 At Fortis Academy, students will attend school at a maximum of three days per week. Their at home assignments are completed on off-campus week days freeing their evenings for family and extra curricular activities.  Parents at Fortis Academy are involved in their child’s education on an academic, spiritual, and community level.  Parents supervise their children on off-campus days to complete their assignments, teach them the word of God and His impact on this world, and help to facilitate programs within Fortis.  In 2006, the average American elementary student spent 78 minutes completing their homework every evening. That is in addition to spending the entire day at school, for five days of the week. Recent studies have shown that excess homework not only fails to produce better test results, but damages children’s interest in learning.

At Fortis Academy we take seriously the delegated responsibility placed upon us by parents—to provide students with a Bible-based, character-focused education that will prepare them not only for college but also promote a healthy relationship with Jesus Christ. Still, we cannot do this without parents taking an active role in the discipleship of their children. Whether it’s working with a younger child at home when not in school, or closely monitoring an older child to ensure his or her success, Fortis Academy works best when parents understand and accept the role given to them by God.

We also welcome parents to become involved at Fortis Academy and use their God given talents to help enrich the overall school experience.  If you are creative or great at planning, we welcome you to help plan school events and social activities.  If you are a sports fan and enjoy working with youth, we encourage you to be involved in our sports program as an assistance coach.

Working together, it is our hope to glorify the Lord, encourage the parent, edify the student, and jointly produce future leaders with servants’ hearts.